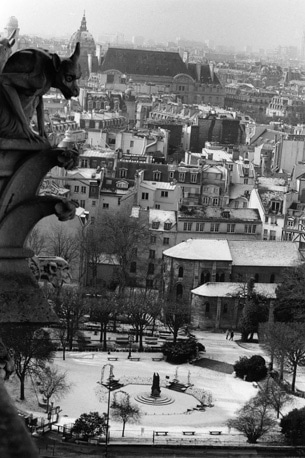 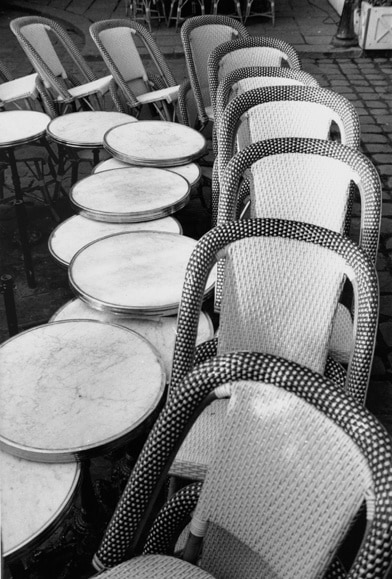 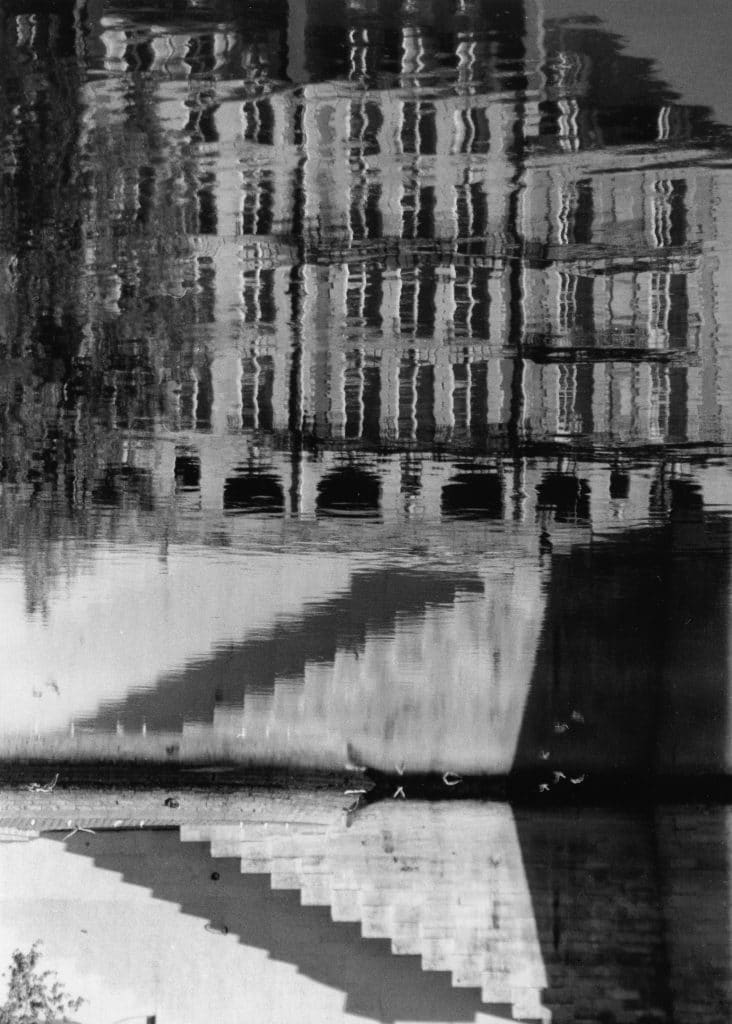 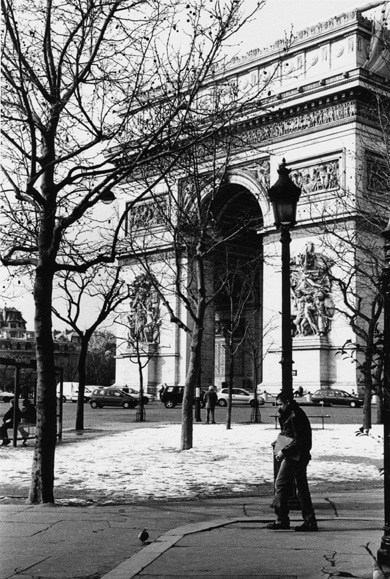 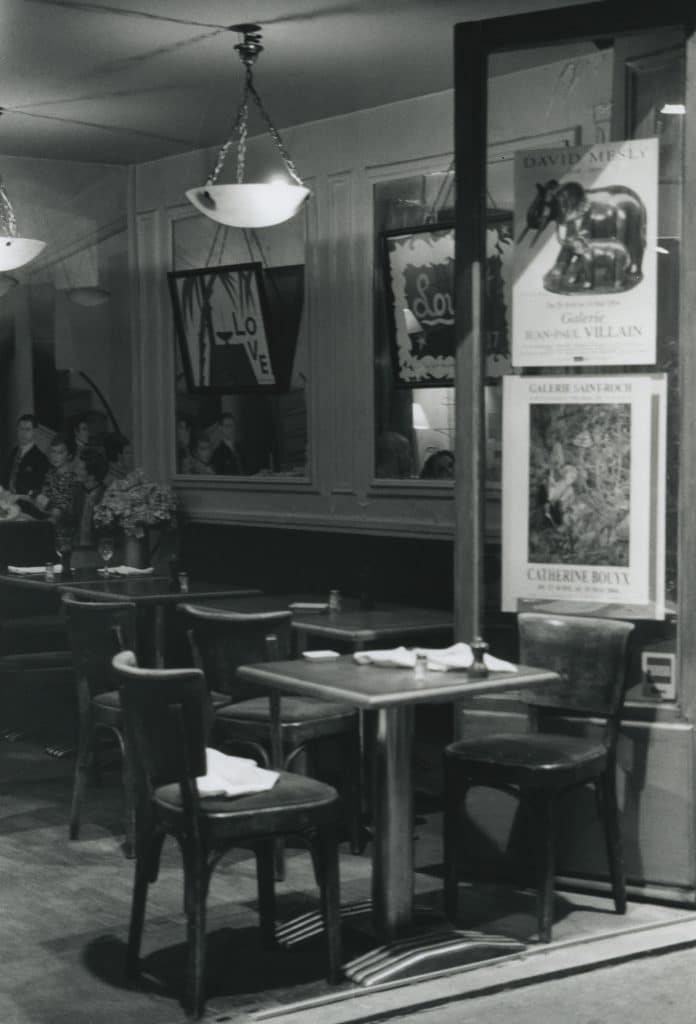 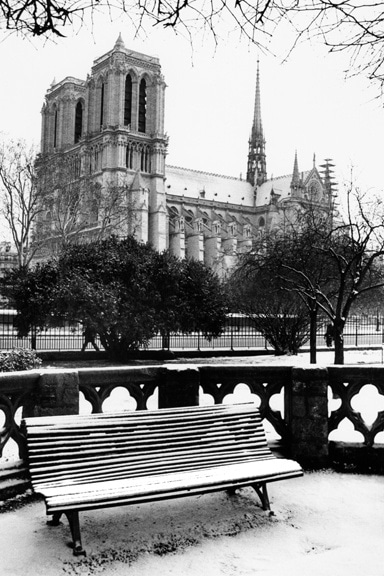 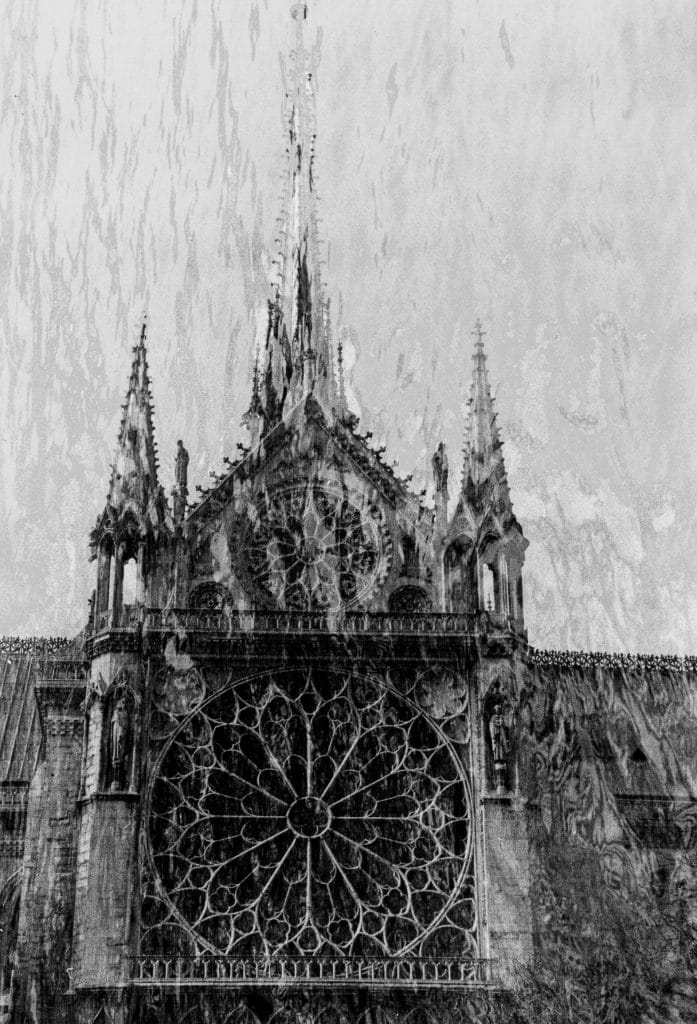 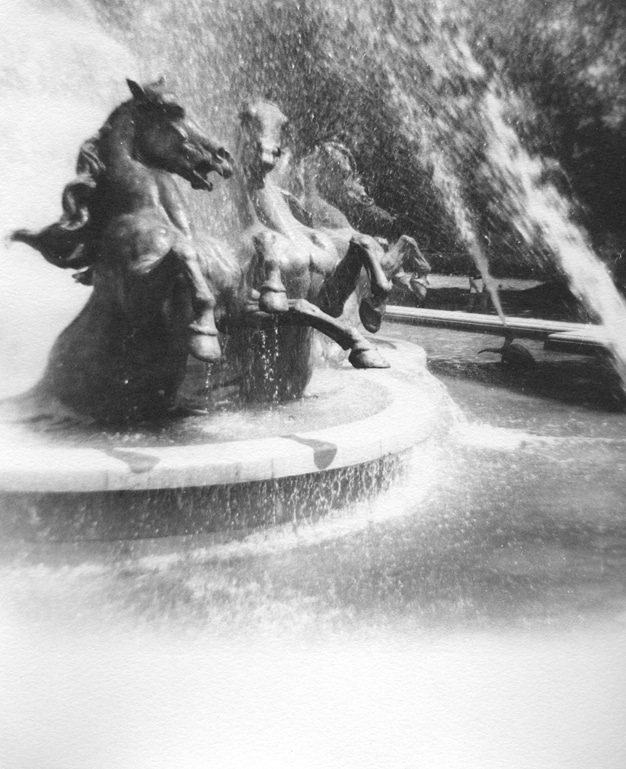 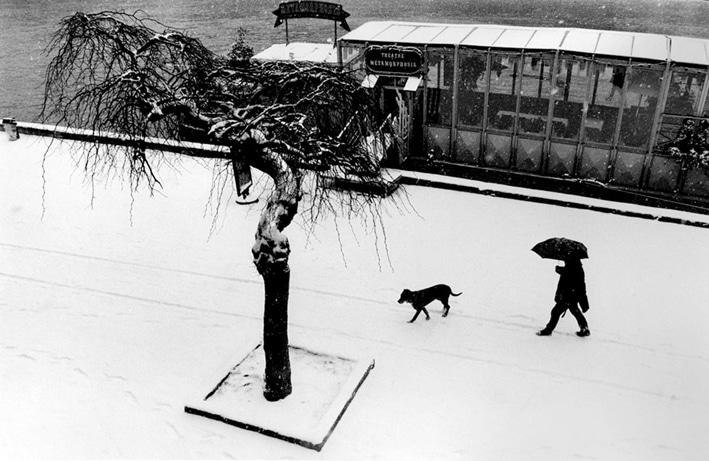 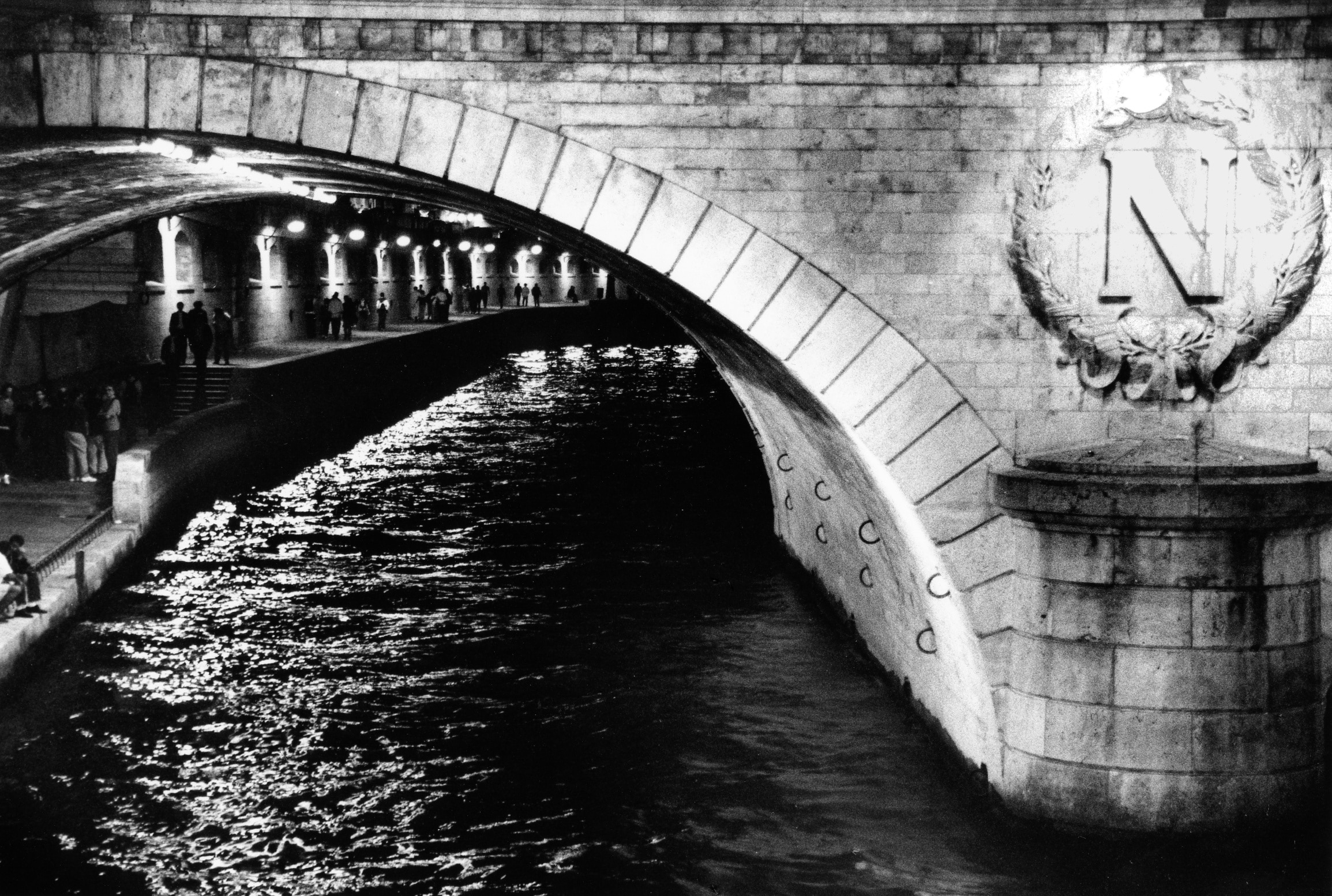 An avid nomad, Frances Ryan took color photos until 20 years ago. It was after a year’s sabbatical that the desire to create rather than just to record, blossomed.
Paris, her adoptive and fascinating city, has became her palette. The worlds of light and shadow, curves and angles, textures of walls and water form her color scheme. 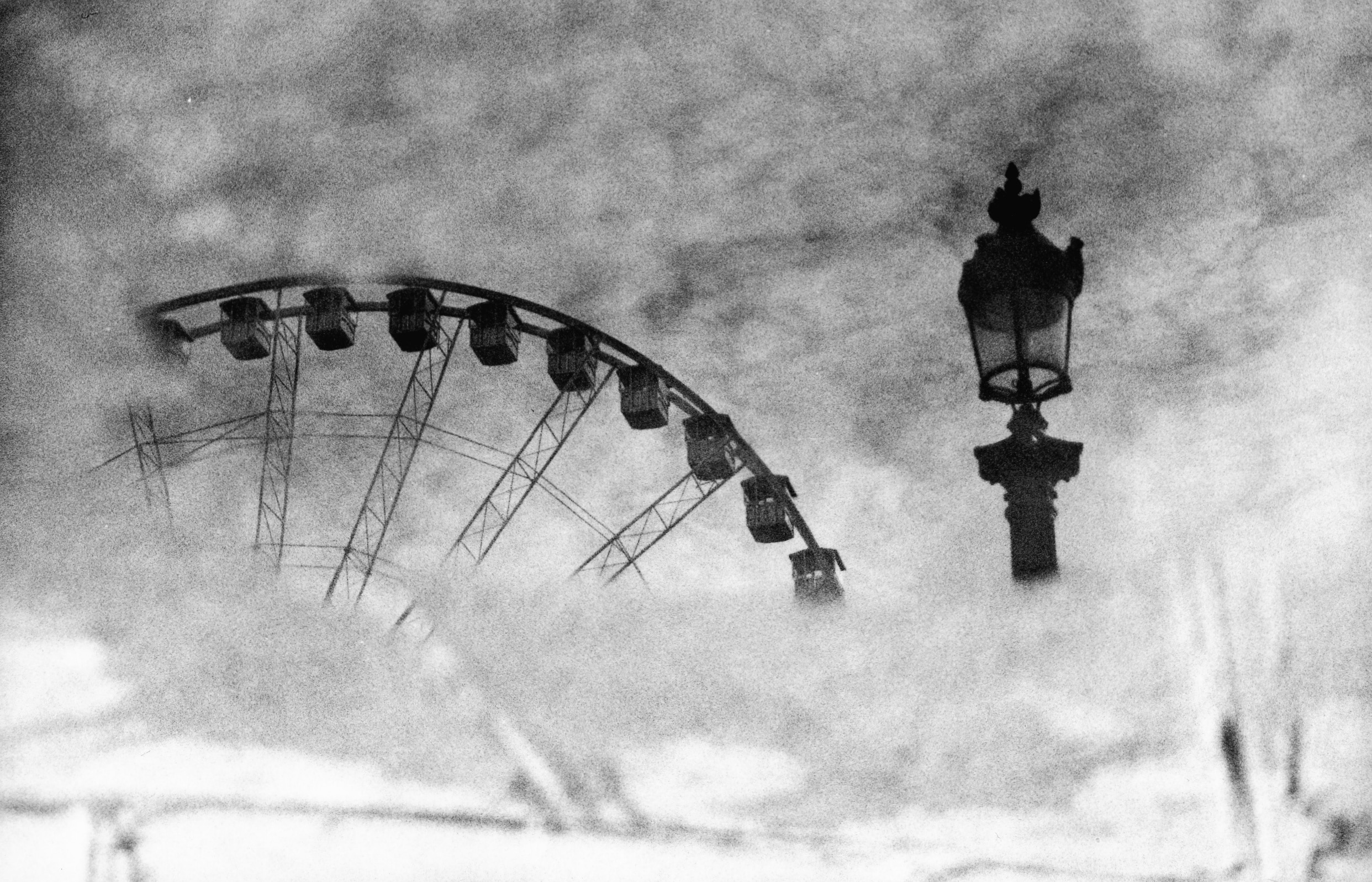 Autodidact (self-taught) in the art of composition – her profession as a child therapist demanded perspicacious observation. Frances learnt thanks to the Paris Atelier courses, how to develop her own photos. From the start, the startling contrasts of black and white are what appeal to her and to the spectator. Developing the photos might take as long as three hours of trial and error until she feels the contrast is right and ‘color’ is revealed in the different zones of negative and positive. 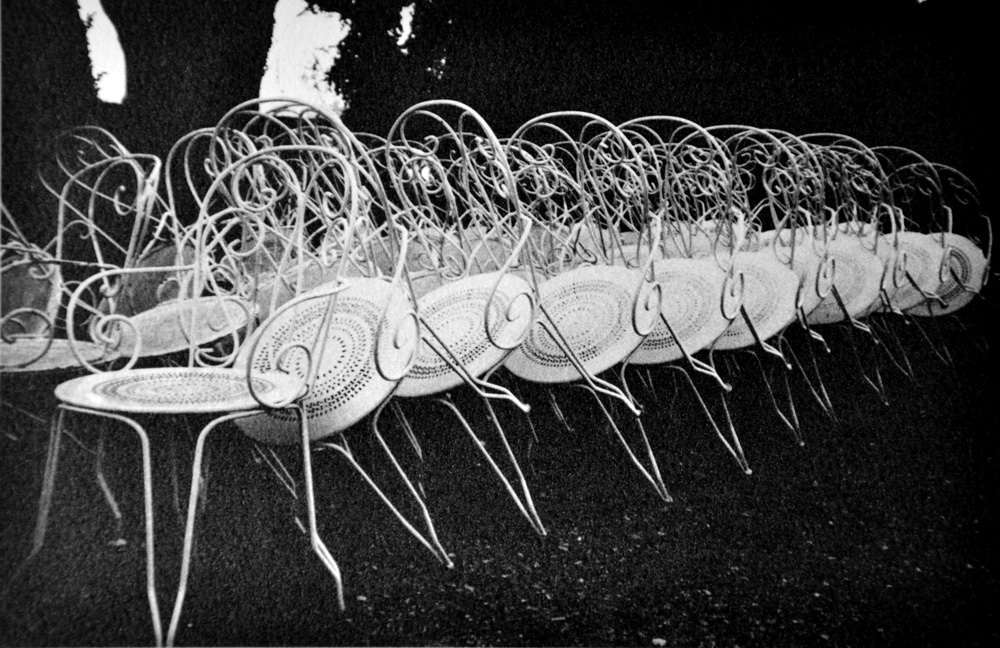 Six to seven o’clock in the morning or very late at night was her best time for taking pictures. It’s when Paris is calm, before it wakes up or when Paris is deep in sleep. She often carries as much as 15 kilos of lenses and cameras on her early morning searches. She says that it is almost physical – a kind of ‘spasm’ that takes place on a first sighting. But from then on, taking the final shot is a slow process, looking at every different angle from above and below, rarely is the button pushed quickly on an impulse. Following her around is hard work and quite adventurous. She climbs walls, misses being run over by inches, and hangs over the edges of the bridges and the banks of the Seine, not to mention lying on her stomach in the middle of restaurants to achieve the desired effects. 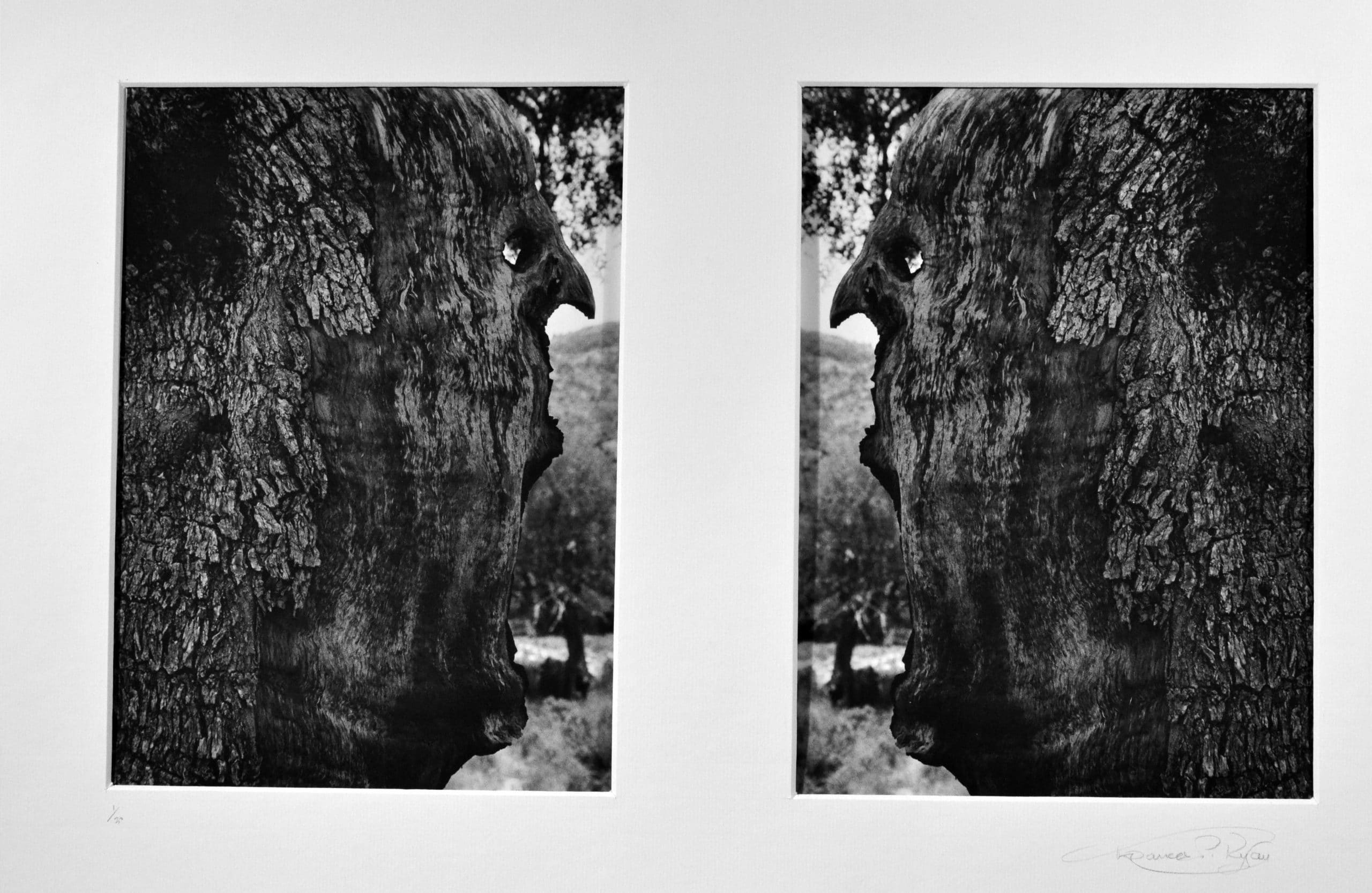 The excitement in seeing the results come to light in the dark room are as exciting as taking the photo itself and, playing with time and light, cultivating a rhythm in her gestures, all contribute to what is fast becoming a full time passion.
Frances participates in exhibitions each year. Expatriates take her photos to the four corners of the world and the French say that she “reveals the personal and unvarnished aspects of our capital”.
Both her first book “Stonespeak” with her photos of a Maltese quarry and the poems of a stone sculptor in both English and French was launched in the “Salon de Poésie et Cinéma” – her second book out during the month of photo

2012 “PARIS A L’ENVERS, PARIS UPSIDE DOWN” may be perused on the site :
http://editionsduchameau.free.fr/souscriptions.html 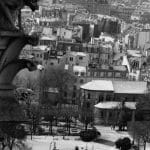 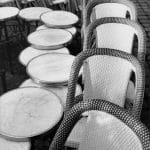 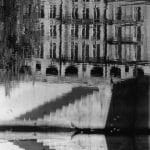 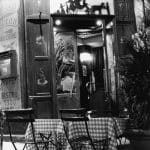 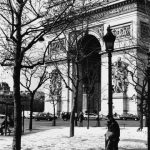 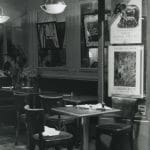 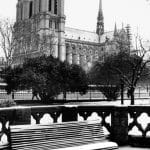 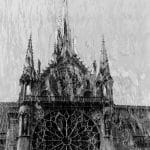